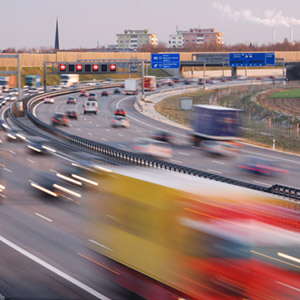 According to the Royal Society for the Prevention of Accidents, there have been approximately 550,000 car-related deaths recorded in the UK up to 2010. The reasons for these accidents can vary, but there are a handful of causes that seem to be the most recurring. Being aware of these risks could help you to avoid being involved in a collision, preventing vehicle damage, personal injury and accident claims and injury to others.

Here are five of the most common causes of road accidents

Driving under the influence

Each year, more than 450 people die at the hands of a drunk driver. Alcohol causes the body to lose control of its function, a characteristic which can be fatal when put behind the wheel of a car. It doesn’t take much to go over the legal blood/alcohol limit, so to avoid putting yourself and others at risk, forgo driving altogether if you are having a drink. Arrange for a designated driver, or call for a taxi to take you home.

The energy released during a collision when driving at 40mph is almost doubled when travelling at 60mph. However, this doesn’t mean that all speed offences occur in the fast lane; in fact, the majority actually takes place in 30-40mph zones. Remember, the faster you are driving, the slower your reactions are, leaving less time to prevent an accident occurring.

Unsurprisingly, most fatigue-related car crashes happen at night. Tiredness can slow your reaction time and it has been known to cause erratic driving behaviour, such as sudden speed changes, inattention to traffic signs, and veering into other lanes. If you find yourself feeling drowsy when driving, stop at your nearest service station for some fresh air and a caffeine boost.

There are many ways in which a driver can become distracted from the road. These may include using a mobile phone, adjusting music volume or turning the radio channel, looking at the scenery, observing another road accident, or being distracted by other passengers in the vehicle. Avoid engaging in any activity that distracts your attention from the road and other cars.

Rain, fog, snow and ice have all been known to cause car accidents. These adverse weather conditions make it increasingly difficult to drive, with rain making the roads slick, snow and ice creating a slippery surface, and fog restricting visibility. Before you hit the road, check the weather conditions. If they seem severe, consider putting off travelling until it is safer to drive.