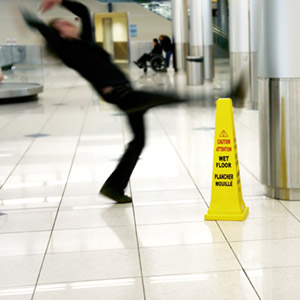 HPW said its own experience is that people often stoically avoid seeking compensation for injuries, even for modest amounts, in case they are made redundant as punishment by their employer. The research claims to reveal that while more than 90 per cent expect some form of monetary compensation after an injury at work, people typically under-estimate how much they would receive and very few over-estimate, even though awards can be surprisingly modest.

I’ve never been in an accident before. I was hesitant about making a claim but First Personal Injury sorted it all out and explained everything.

Only for very serious injuries did people, expect very substantial compensation. The typical accident compensation awarded for permanent loss of the use of both legs from an injury at work is at least £140,000 and generally substantially higher (depending on loss of earnings and effect on lifestyle), but 20 per cent of adults expected £100,000 or less, while 42 per cent expected more than £200,000, which in most cases people would get.