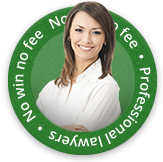 Accidents arising from slips, trips and falls are often perceived as trivial, and an example of the “compensation culture.”

In reality, a high proportion of such accidents involve serious injury. Health and safety executives estimate that 95% of major slips result in broken bones.

All public and private organisations owe a duty of care to ensure all visitors to premises are safe. Local Authorities are also under a duty to ensure that pavements and public highways are in a safe condition for public use.

Examples of slips, trips and falls claims that have been successfully pursued include those where people have:

I’ve never been in an accident before. I was hesitant about making a claim but First Personal Injury sorted it all out and explained everything.

Had A Slip, Trip or Fall That Wasn’t Your Fault?

If you have had an accident which occurred as a result of a slip trip fall and it was not your fault, in the past 3 years, you could be entitled to personal injury compensation.

Contact our team of injury lawyers today to find out about making a claim. Call First Personal Injury today on 0800 808 9740 or by complete our online injury claim form.